HomeSHEQXCybersecurity in the Spotlight after Mexican Banks Transfer Heist

Cybersecurity in the Spotlight after Mexican Banks Transfer Heist

As cyber thieves become more sophisticated in their fraudulent attacks, organisations have to enforce stronger security protocols to fend off such attempts. A recent heist where hackers transferred funds worth of millions of pesos out of Mexican banks proved the case once more.

Fortunately, some of the attempts to fraudulently transfer funds were blocked, according to the local authorities. But by then the damage has been done. Hundreds of millions of pesos were moved out of Mexican banks into fake accounts. The targeted banks included the second-biggest bank in Mexico, Banorte.

The hackers managed to create phantom orders that wired funds to bogus accounts belonging to other banks, then promptly withdrew the money and emptied those accounts in dozens of branch offices. Banking authorities reported hundreds of false orders to move amounts ranging from tens of thousands to hundreds of thousands of pesos.

One source said the thieves transferred more than 300 million pesos (11.4 million pounds). Daily newspaper El Financiero said about 400 million pesos had been stolen in the hack, citing an anonymous source.

SHEQX’s solution transforms your company’s data into rich visuals for you to collect and organise, so you can focus on what matters to you. Stay in the know, spot trends as they happen and push your business further.

According to Mexico’s central bank Governor, the attack on the payment system was unprecedented, and measures were being taken to stop future incidents. The central bank was still investigating what happened, but the evidence pointed to a cyber attack. The transfers hit accounts of financial institutions in the central bank.

According to the authorities, the central bank’s SPEI interbank transfer system, a domestic network similar to the SWIFT global messaging system, was not compromised, and clients have not been affected.

The security problem had to do with software developed by institutions or third-party providers to connect to the payment system, as many banks have migrated to an alternate, slower technology to connect to the system.

Inter-bank transfers slowed in later April, amid worries that Latin America’s second-biggest economy could be the latest victim in a global wave of cyber attacks.

In light of the recent events, authorities have proceeded to assess the security of Mexican banks’ offices, identify cybersecurity risks and vulnerabilities in the current software applications, and apply new measures to prevent further cyber attacks of these proportions.

Is your organisation protected against data security risks and cyber attacks? 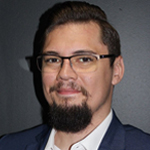 CONTACT STRATEGIX AT 087 802 0179 OR EMAIL US AT CYBER@XGRCSOFTWARE.COM FOR MORE INFORMATION.